According to the 2016 U.S. Conference of Mayor's Report, single men currently comprise approximately 45% of the homeless population, 38% are families with children, 14% are single women, and 3% are unaccompanied youths.

The National Law Center on Homelessness & Poverty estimated that in 1996, 1.2 million persons experienced homelessness. According to the 1996 U.S. Conference of Mayor’s Report, single men currently comprise approximately 45% of the homeless population, 38% are families with children, 14% are single women, and 3% are unaccompanied youths.

WHY ARE PEOPLE HOMELESS?

The major trends that can be responsible for the large numbers of homeless are the lack of affordable housing, history of substance abuse,  inadequate wages, mental illness and insufficient jobs.  In addition, low rent units are disappearing from the market, while there is a constant increase of low-income persons.  Housing assistance programs were inadequate to meet the growing demand for assistance.

To date, the number of men that have graduated from the Eddie Washington Center is over 2,500!

EXIT
The average graduates earn $15 - $17 an hour.
100% of men who successfully graduated left the program with full-time employment and stable housing.

As of January 2020, Illinois had an estimated 10,431 experiencing homelessness on any given day, as reported by Continuums of Care to the U.S. Department of Housing and Urban Development (HUD). Of that Total, 1,063 were family households, 736 were Veterans, 671 were unaccompanied young adults (aged 18-24), and 2,305 were individuals experiencing chronic homelessness.

Public school data reported to the U.S. Department of Education during the 2018-2019 school year shows that an estimated 54,237 public school students experienced homelessness over the course of the year. Of that total, 337 students were unsheltered, 5,093 were in shelters, 2,217 were in hotels/motels, and 42,647 were doubled up.

On March19th, 2022 we honored 8 men who successfully completed all the requirements necessary for graduation of the EWC. After being on “lockdown” for two years, the focus of this event hovered around the theme of “Having and fulfilling Your Dreams”. 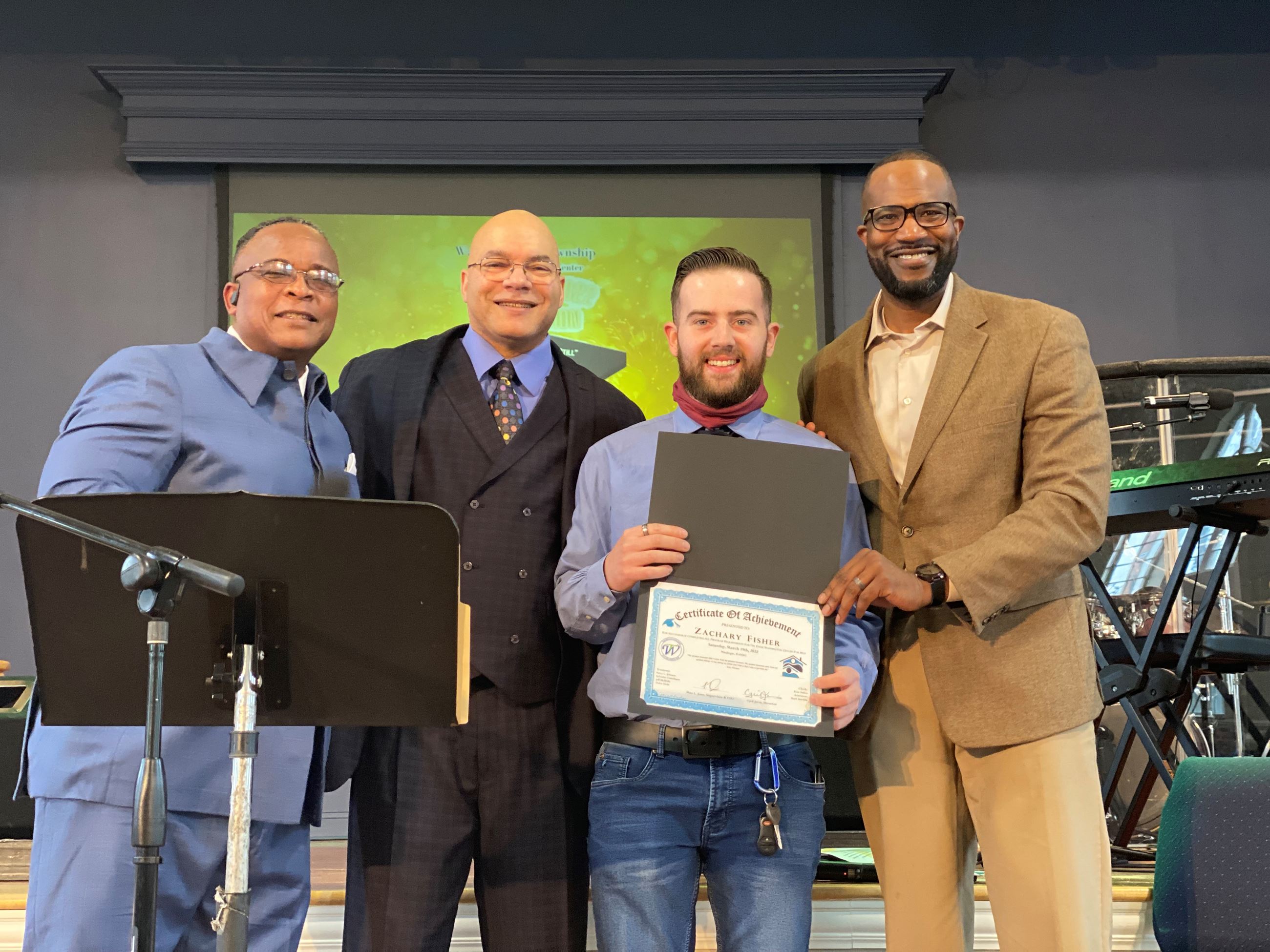